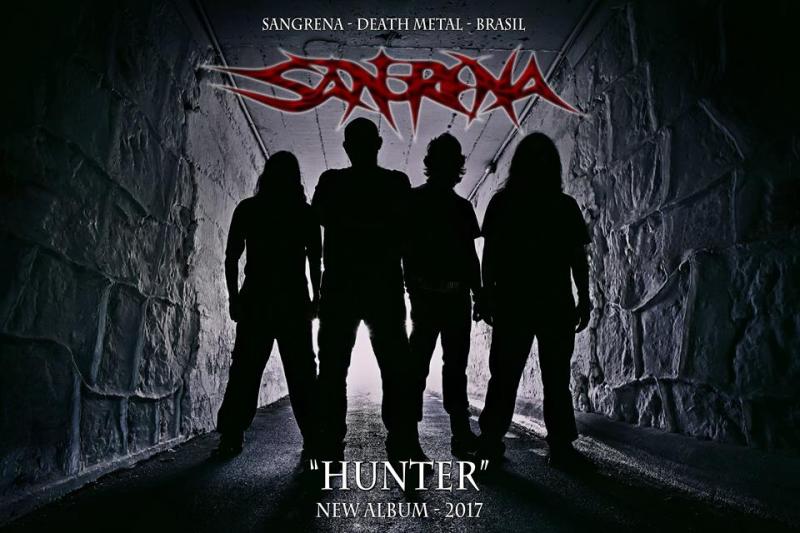 Sangrena one of the most classic and underrated brutal death metal bands from Brazilian land (arguably they were the first ones who tried in this style) seems to be back after a long time since their last album Blessed Black Spirit from 2009.

It’s been a long way ever since and they are talking about a new album for some years now.

But finally, they announced in a very vague advertisement about a “2007” album giving no certain date. The working title is Hunter All that is known by the fans so far is that the album is already recorded, but in which phase of process (mixing, mastering, manufacturing) is unknown.

Since the beginning of times Sangrena had endured a great deal of line-up changings being Luciano Fedel (vocals, bass) and Fábio Ferreira (guitars, also a renowned producer) the only constant members. But the line-up has been stable for the last couple of years with Gustavo Bonfá (guitars) and Alan Marques (drums).

Once the date of release of Hunter is revealed, Dark Souls United readers will be the first to know!